Community is el corazón (the heart) of everything we do along with the profound respect for the sun cured hands and faces of the Tumbadores (farmers/Tumba = to bring down) of La Sierra Madre and Sotoleros who are integral to our production. Through their craftsmanship and warmth of spirit, Los Magos Sotol brings you the authentic flavor of this distinctive distillate. 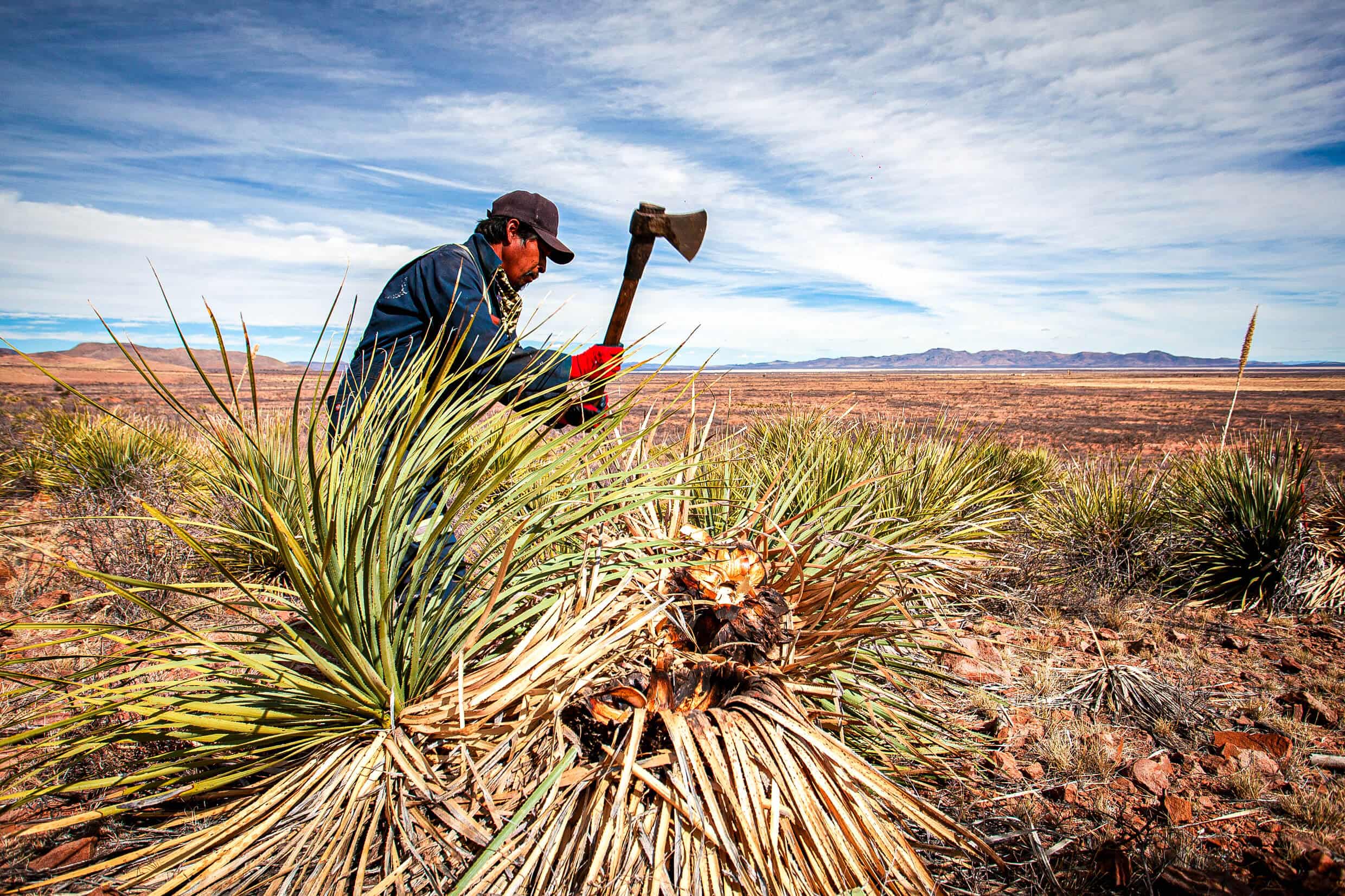 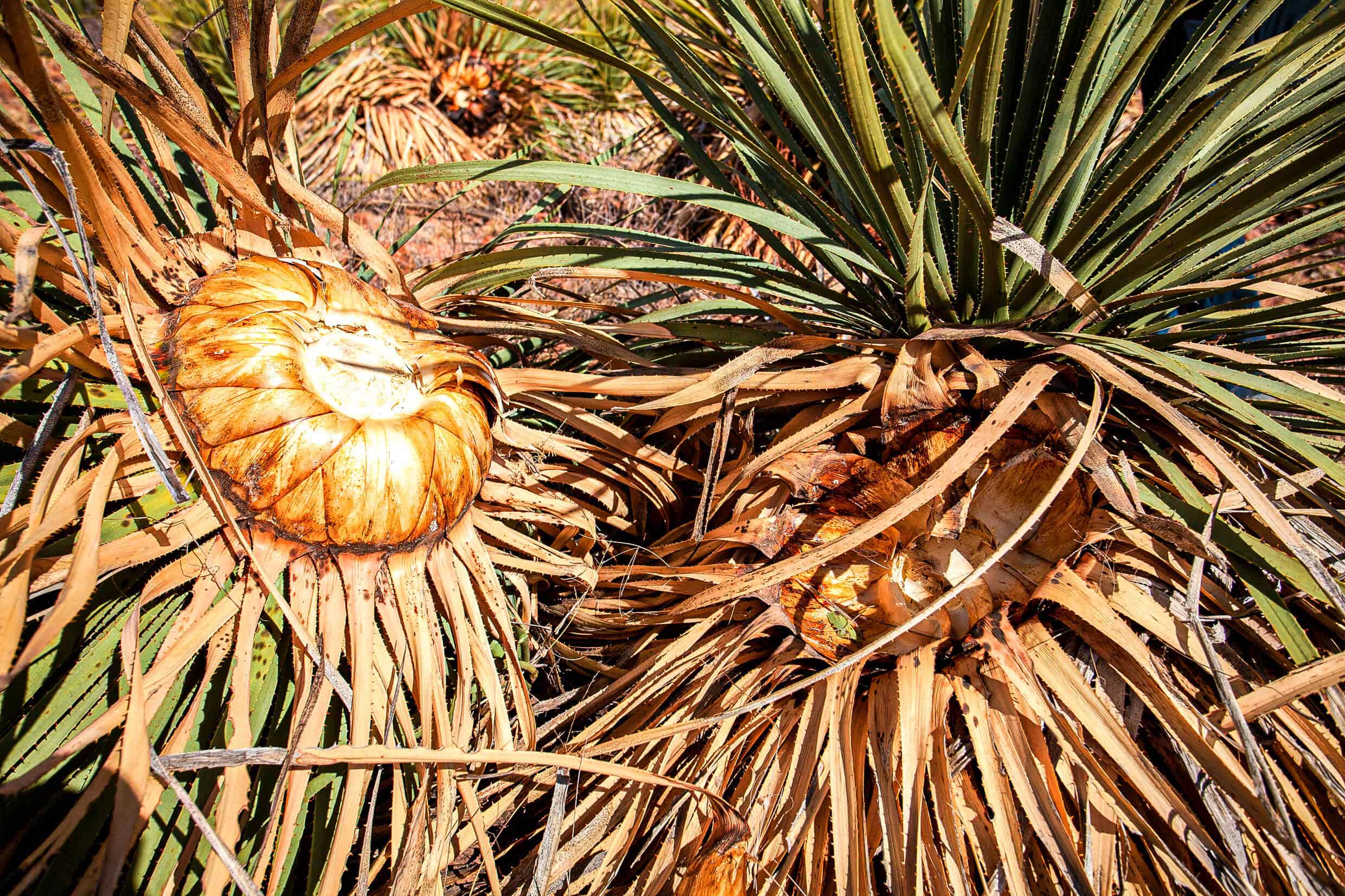 Mechanized farming, natural resource extraction along with development of pipelines for its transportation have had a significant negative impact on the habitat in many areas of the Chihuahuan prairie and borderlands with Texas. This is why we are committed, not only to the sustainable practices of our business, but to the education on and better understanding of eco-friendly farming and industrial practices world-wide. We strictly adhere to governmental environmental impact assessment and licensing standards while adopting production practices that are sustainable environmentally, economically, and culturally.

The beating heart of our products lies in ensuring much of the natural Chihuahuan habitat, which are home to the dasylirion, remain “un-cultivated”; protecting and preserving the ecological balance by never harvesting more than 40% of the available mature sotol plants and leaving a portion of the roots and leaves to ensure regeneration, by maintaining a healthy balance of space for new growth, managing water, reducing fuel that would exacerbate fires, undertaking seed recollection, seedling care, soil regeneration programs and continual reforestation work. These lands are also home to a plethora of indigenous flora and fauna whose lives are critical to the vitality of the land on which they subsist. 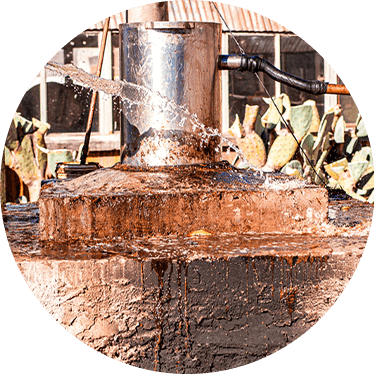 Because the sotol plant is wild grown and 100% organic, without ever being compromised by fertilizers or crop enhancing technology, the result is its signature array of exquisite flavors which it absorbs from the earth it is grown in. The sotol plant is foraged from the wild lands of the Chihuahuan forest, prairie, mountains and desert lands, which qualities it absorbs in the 15 years it takes to mature. One sotol plant will yield a single bottle of Los Magos Sotol.

Because we believe in never taking more than we should, we forage for and hand pick only plants that are fully mature and ready for production, taking care to cut in a manner that leaves the roots and a portion of the plant intact for regeneration. The fronds are also left behind as offering and nourishment to the ground we took from.

The sotol hearts are then separated and rolled down the hill to be collected and transported to the distillery where they are roasted in an underground wood-fired, cone shaped, earth pit lined with volcanic rock for 36 – 48 hours before being hand milled.

Once milled the product is left to ferment in open-air wood vats with naturally-occurring yeasts from the environment (as opposed to commercial additives) and mineral rich, deep well water for up to 10 days, at which point our master distiller checks fermentation completion. Following fermentation, the liquid is transferred to specially designed copper stills for distillation. Los Magos is the only Sotol on the market that is triple distilledo and while producing a lower yield this process allows the Sotol to show its most distinctive aromas and flavors and takes out the alcoholic bite that is often experienced with tequilas and mezcals.

Los Magos Blanco Sotol is our unaged Sotol. Bottled as it is when it’s third distillation is complete. Our aged Sotols are aged between 6 and 12+ years in American white oak barrels that were previously used for tequila and whiskey.